Because tis the season, I’ve decided to bypass the common format I’ve been using for my metappiness posts and make this one a special Christmas Edition.

where to draw the line between perfect brunch, and too mu(n)ch

Last week, we had our epic Christmas Extravaganza and before it even started some of us were already struggling to decide what we were going to have for brunch—our first pitstop for the day. The menu had too many awesome options, and between french toasts, english breakfasts, burgers, waffles, etc, we had a little glimpse of how it would start to unfold. It was tough, but everyone made their choices and the truth is it didn’t disappoint. I may have lost the battle against my waffle (after a french toast) but it was delicious!

After this deliciousness-packed-punch we called brunch we decided to be healthy (!) and walk it off to Sea Life London. We had enough time to walk at leisurely pace, making stops along the way to browse through an used book market, take in the sights, snap a few photos and be merry. 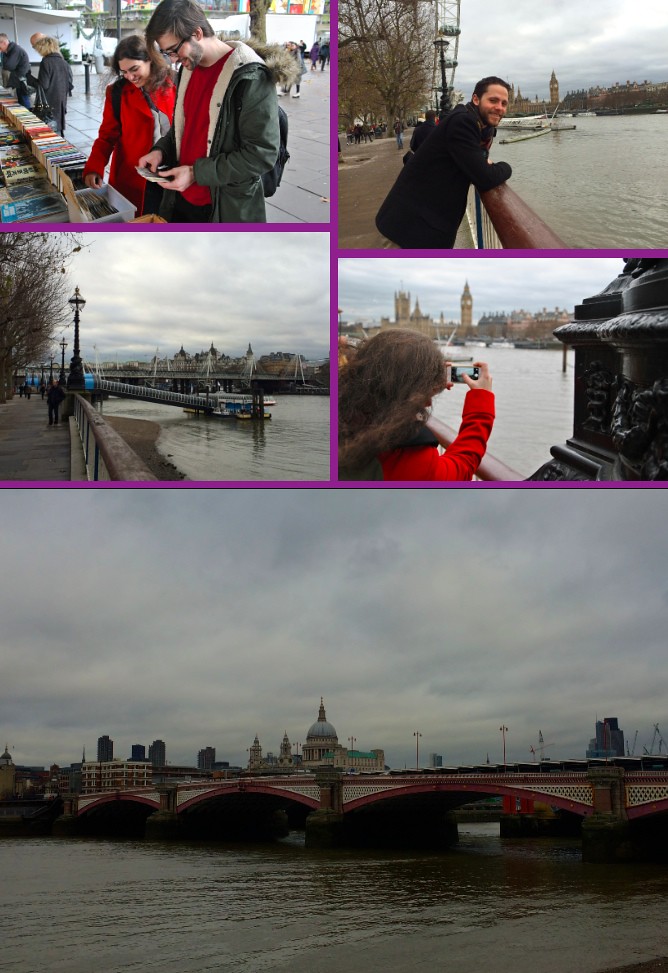 Once we (finally!) arrived, we wanted to enjoy the aquarium’s unique atmosphere while waiting to see sharks and penguins being fed. At this point, I’d like to say how much extra fun it is visiting such an attraction with a group of—mainly—engineers. Did you think a broken information screen was just a broken screen? I did, until I realised how many jokes they could come up with in the spur of the moment! Not only that, but also their utterly disappointed looks that such a thing would happen and that it would detract of their experience. 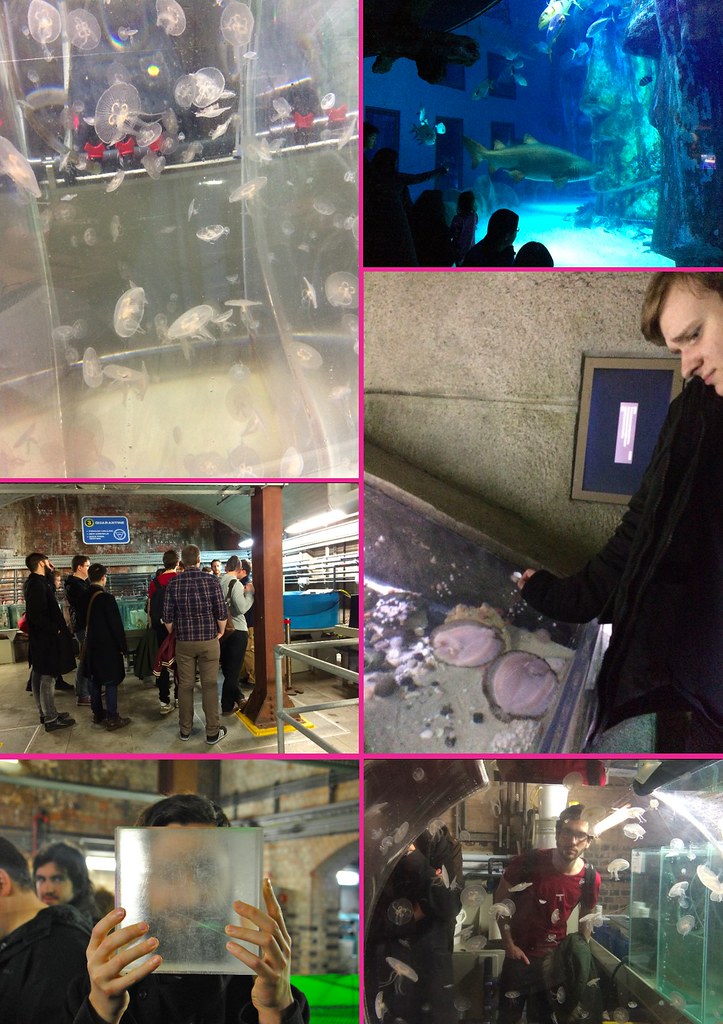 All jokes aside, we did have fun and we might have even learnt something! Although we didn’t see the sharks get fed, the penguins totally made up for it by being the most hilarious, cute little creatures one could want to see. Rumour has it they even play football, although they weren’t so inclined during their lunch time. Our time at the aquarium culminated with a behind the scenes tour that got us to see baby animals as well was a few quarantined ones—and also allowed the engineers to ask a few more technical questions like “What is System 9?” (context: a door was marked “system 9”) and “are your systems redundant?”. I told you: extra fun!

all aboard the choo choo train

I don’t know about you, but not all of the things that get etched into my brain are the most serious or big or extraordinary ones I’ve done. The little silly ones generally find their way to remembrance, too. For example, I still remember my New Year’s eve of 2003 (or some other year in early 2000s) when, while carrying a friend on my back (who knows why…) I walked underneath a ceiling lamp that was *just* too low and we both fell backwards when she hit her head on it—totally cartoo- like. No one got hurt, and we laughed about it for way too long (plus, everyone present still remembers this)! 2014 MetaBroadcast’s Christmas do will definitely be remembered as epic, and also silly. Just picture nearly 20 grown ups boarding the tiny train that goes back and forth at the South Bank Christmas Market. Twice. With all the kids looking at the big people taking up their places while they wait for a turn. Sorry, not sorry.

And just to top off our afternoon we split into groups to do whatever activity called to our minds, hearts or stomachs. I, personally, went for Christmas Carroll singing at Trafalgar Square (turned out to be slightly disappointing, but I still liked it). Others chose to go for mulled wine (or cider) and food or, simply, stroll around the market.

we all have cheesy guilty pleasures

Fair warning: I am completely and utterly biased here. I love cheese. Cheese is amazing. And tasty. And interesting. I don’t understand how people can not like cheese. Those people are wrong.

You’d think that by now we’d be about to wrap up and each go our own ways, if you didn’t know how we do things differently. But we do, and you know it. This was just the warm up to yet another exquisite pitstop of ours. We had dinner at the incredible La Fromagerie. I cannot begin to describe how great everything was. All I can say is that I didn’t even take any photos. I couldn’t be bothered. Too much goodness all around me. I guess I’ll just have to suggest you go there and try it for yourself, and show you a couple of photos someone else took!

In the end, we reluctantly left our tables (and only with their hint, by turning on all the lights) and headed to Ronnie Scott’s for an incredible late night show by Brandon Allen Qrt. I’d never been to a proper Jazz bar, I’ll be honest. But I loved every minute of it and I’m definitely doing it again! At 2:30am I called quits on this 2014 Christmas Extravaganza, with the feeling of a day well spent and a warm fuzzy feeling (maybe due to the cheese? Who knows…)

And with this I’m wrapping up 2014’s metappiness series, too. Wishing you all a wonderful Christmas and the best start of 2015 that you can think of! See you next year!

the pursuit of metappiness: you call this lunch?
21 Mar 2016