I’ve recently been working on making a model change in Atlas, and have had to learn a lot about how the model actually works, so I decided to do a blog post on how data flows through Atlas in all it’s different stages.

The model is defined in Atlas owl (owl was the initial version of Atlas, deer being made later) initially as a simple model that ingesters can create instances of and pass to Atlas. The simple model is transformed into a complex model within Atlas via the model transformers, then written to the database by the ContentWriteExecutor. The ContentWriteExecutor also handles the logic that merges updates to content with existing content before writing to the database. Logic also exists in the form of model simplifiers to take the complex version of the model and turn it back into the simple model form.

Once content is written to owl it is transferred to deer and needs to be transformed into deer’s version of the model. This is done by LegacyContentTranformer classes. 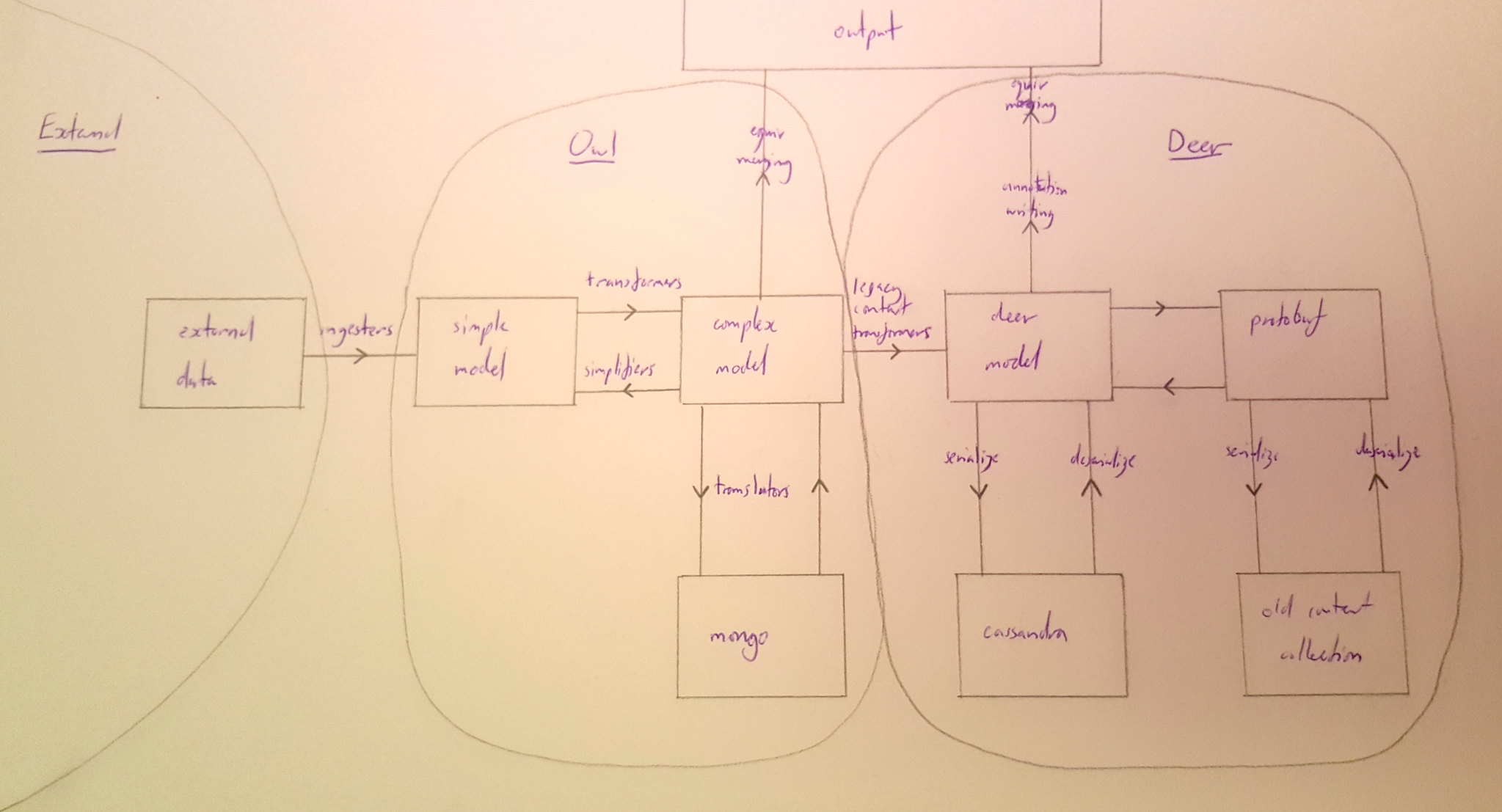 Figure 1. Diagram of the Atlas model.

Some of our sources provide incomplete entries, or one source will have information in certain fields and another in different fields. For this reason, when outputting data, we sometimes want to merge equivalent content to provide a more complete data object. There is equivalence merging logic in both owl and deer that checks content for empty fields and provides information from other equivalated sources to fill in the gaps. In some circumstances both equivalated pieces of content will contain useful yet different information, and this is also merged before output.

I’ve explained how data gets into the model in owl, is transferred to deer, is transformed in various ways, and is merged on output. This explains the general content pipeline through atlas on a basic level.