When live broadcasting first became a thing, it started being used for things like news, the weather, and live sports, and then moved onto things like reality TV shows.

News and the weather in my opinion could just as easily be pre-recorded shortly before broadcasting. The reason they’re not, I think, is that people want to feel like they’re getting the most up to date news possible, and the live broadcasting aspect provides people with an increased feel of this, making live broadcast news and weather dominate over pre-recorded content.

While there are advantages and disadvantages to both live and pre-recorded broadcasting, you can’t say that the live stuff doesn’t provide us with some amusing bloopers:

And then came Twitch, Youtube Live, Facebook Live, and more! All of a sudden you can watch all sorts of user generated, live broadcasted content, from all over the world, with varying levels of community interaction.

Due to the massive variety of content, people can find the most unique, niche areas that happen to fit them in just the right way, and interact with other people who follow this sort of material. 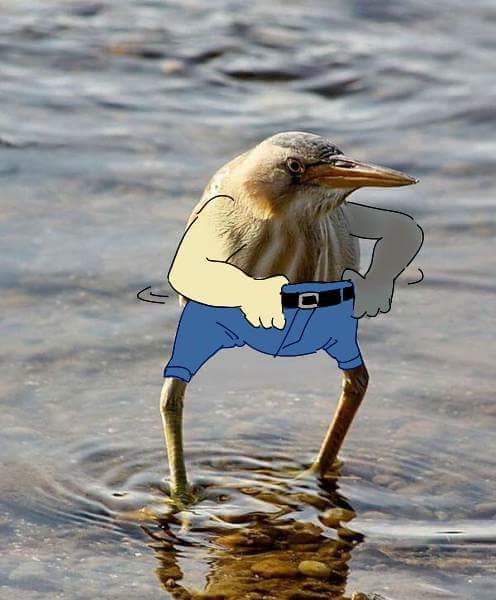 The average person has at least a smartphone with 2 cameras and a microphone, connected to the internet, ready to stream at a moment’s notice. So a large difference causing the increase in available content is people’s readiness to stream, and better access to equipment.

So another thing increasing the possibility of live broadcasting is the tools people can use. Once you had to record something and then share the video manually with people you know. Now with a few clicks you can be live on Facebook or YouTube, streaming to hundred of friends, followers, and even strangers, if it gets shared and people you don’t even know start watching.

And this is definitely an important change. Even with the infrastructure to be able to stream live content, it’s not just the possibility of streaming live that motivates people to do it, it’s the feedback and viewers and ‘fake internet points’ that streamers really love.

Essentially, the more people who view a stream, and the more people the streamer is aware of who are watching and listening, the more likely the streamer is to want to continue, or do something similar again next time. This in turn will increase the chances of them aspiring to becoming an internet sensation, and wanting to go viral so they can make their mark on the world.

As a result of the hugely growing demand for live streamed content, and the massively growing communities and sub-communities offering feedback and support, and driving content creation, live broadcasting is going to become even larger than it already is now.

I predict that in the near future, live broadcasting individuals could have followings and influence on communities and proportions of the population large enough for them to influence the world on a larger scale than politicians and corporations.

This can be observed as happening on a small scale already. If someone with a huge twitter following tweets about something small that they are particularly interested in, a large proportion of their followers could flock to the idea, quickly boosting its status and influence in a short period of time.

Similarly the concept of the Reddit ‘hug of death’ – a phenomenon where by a small site gets linked, the post linking the site goes somewhat viral and possibly makes it to the front page of the internet, and the resulting influx of users causes the site to go down. So many people interested in a small idea or site all at once can smother the servers in a similar way a DDOS attack might (hence the term ‘hug of death’).

But what are the dangers and potential downsides?

Well there’s a certain concept called groupthink, whereby a person in a group is more likely to agree with and be strongly influenced by the overall group’s opinion. This leaves members of internet communities incredibly venerable to influence by vote manipulation and false accounts.

What this means is that your favourite TV show, let’s say Rick and Morty, might throw in a bit of product placement, say for McDonalds Szechuan sauce, and the internet and various sub communities that discuss Rick and Morty might be susceptible to vote manipulation to increase the impact of the marketing campaign. I have no proof that they actually did that, I’m just saying that they have strong motivation to do so as it would be an incredibly easy way to make a huge marketing impact for a product or brand.

(Here is the blatant marketing campaign the Rick and Morty creators allowed to infect their online communities.)

Why bother people with adverts when you can manipulate the community they use to calibrate their thoughts and opinions through groupthink? Why market inefficiently when a few people with a few false accounts can unfairly upvote content from within the communities, manipulating people into believing that these paid for opinions represent the community as a whole?

Marketing is one thing, and it’s possible they didn’t throw a small amount of money into making communities explode about how good this particular product is, and think its their own idea in the first place, but more dangerous things are happening.

For example /r/The_Donald, and other pro-Trump apparent internet communities. Russia have been caught paying people to manipulate online communities.

(Here are some pictures of Trump as an orange Russian puppet.)

I guess what I’m trying to say is that internet communities are fantastic, and live streaming is fantastic, but if we’re not wary of media / corporate / corrupting influence on those communities, people are going to be brainwashed on a larger scale than even religion once managed (that’s my opinion).

I believe we are at a fork in the road. We can become the most free, advanced, socially forward world community this planet has ever seen, or we can fall further and further under the influence of billionaires, corrupt politicians, and aggressive marketing campaigns, to the point that the opinions and needs of the masses are completely ignored and flooded out by all of the vote manipulation, as a small set of greedy individuals extract money, time, and equity out of the global population for their own gains in some sort of democracy-masked slavery.

Live broadcasting, online community contribution, and the combined efforts of billions against the combined money of billionaires is our struggle, our arms race, and our fork in the road between disastrous chaos, and an almost utopian future, with fairness, freedom, and a reduction in suffering and death.

What do you think? Are we at as drastic a tipping point as I’m predicting, or am I too cynical about the world?

the pursuit of metappiness: we’re six years old, come celebrate with us!
11 Nov 2013

top of the weekly wishlist: day of the croissant
30 Jan 2014