2014 was the year that #MetaBeerTalks got in the groove, with our distinctive format of quick talks about TV, and everything that’s related. We’re proud to host talks on an eclectic mix of topics, and a wide range of opinions. The only rule: make it understandable to the layperson, whether you’re talking from a technology, business, product or completely individual perspective.

It’s been fun — here’s the summary of what went down:

We started the year by limbering up during January at a MetaBroadcast only event, then played a game in February, before hosting longer talks with invited speakers during March, April and May. Then, as summer hit, we launched our new format. Many quick talks on a theme have served us well, and we didn’t look back as six great selections of talks were presented across summer and autumn 2014.

June saw talk of realtime. We’d noticed that more and more digital experiences happen in realtime, or live these days. TV leads the way here. Is realtime natural, or a cause of unnecessary pressure? Opinions varied. We also heard some interesting technical talks, covering Spark, and approaches to caching, especially for live events. Which brought us to…

In the middle of a heatwave, the World Cup, the Tour De France, and a week before the Commonwealth Games, we settled in a Soho sports pub to discuss sport and broadcasting. Above the cheers of football fans watching the TV below, we discussed why sport and broadcasting have such a close relationship, and what makes for a great sports broadcast. From a digital perspective, we talked about the sports data that’s available, and how it can be used in an EPG display, for example to follow teams and people. Which brought us to…

As summer continued, we picked up on the role of navigating TV by people power. Our speakers took two different tacks. Some talked about the power of discovering content by the people who made or featured in it. MetaBroadcast powers a few services which take this approach. Others talked about the power of social recommendations, a theme that would be repeated across a few months. Which brought us to…

The days were already cooler when we got down to discussing recommendations. This was a particularly lively discussion, with views varying dramatically about how useful recommendations are, and the role of computers vs real people in making recommendations. We looked in some detail at a number of algorithms, and discussed the benefits of a “common sense” approach, based on business rules that non-technical content experts can understand and configure. Several people reached the conclusion that the ultimate recommendations are social, if only there was a way to make them work in practice, and at scale. Which brought us to…

On a particularly damp October evening we finally got into the details of social discovery, having danced around this crucial topic for the two previous months. We agreed that social recommendations have a huge potential, but the hard thing is to get permission to use data that is accurate and sufficiently complete. We saw an interesting example from France, and some thoughts about how TV Everywhere platforms might be well positioned for social recommendations, which brought us to…

Finally we wrapped up the year, talking about TV Everywhere, which was fitting on our 7th birthday, since the topic has kept us very busy throughout the year. We discussed how apps, especially from TV platforms can help to solve the problems caused by complex rights. The year of #MetaBeerTalks in a positive note, with lots of people very optimistic about progress made by the TV industry recently. We finished with examples of how people watch TV over Christmas. Which brought us to…

We’re already in the starting blocks, and ready to go for 2015. You should join us, and give a quick talk. Here’s the schedule, for what we’ll now simply call #MetaBeers:

Ideally #MetaBeers speakers arrive at the pub a bit earlier to get their ducks in order and score a fresh pint. Talks can be up to 5 minutes and take any form conceivable, as long as they stay short, casual and engaging. We’ve written in detail about how it works, and as always, there’s a summary of the November edition, TV Everywhere, including the best talks of the evening, Garry‘s.

Join us at the Marlborough Arms, Torrington Place on Wednesday January 14th from 6:30pm for talks at 7pm, and new item on the agenda! The earlier the better, especially if you plan to talk. Either way, we can’t wait to hear your thoughts on All Your TV Secrets, so sign up to our #MetaBeers newsletter for the quickest way to RSVP.

* drop a comment here, pick up the phone, tweet at @metabroadcast, reply our invite (signed up yet?), write us an email, come to the pub and register—lots of ways to get in touch with us!

supplying images to youview: one of our clever services
5 Aug 2013 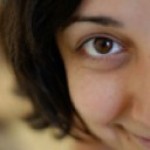